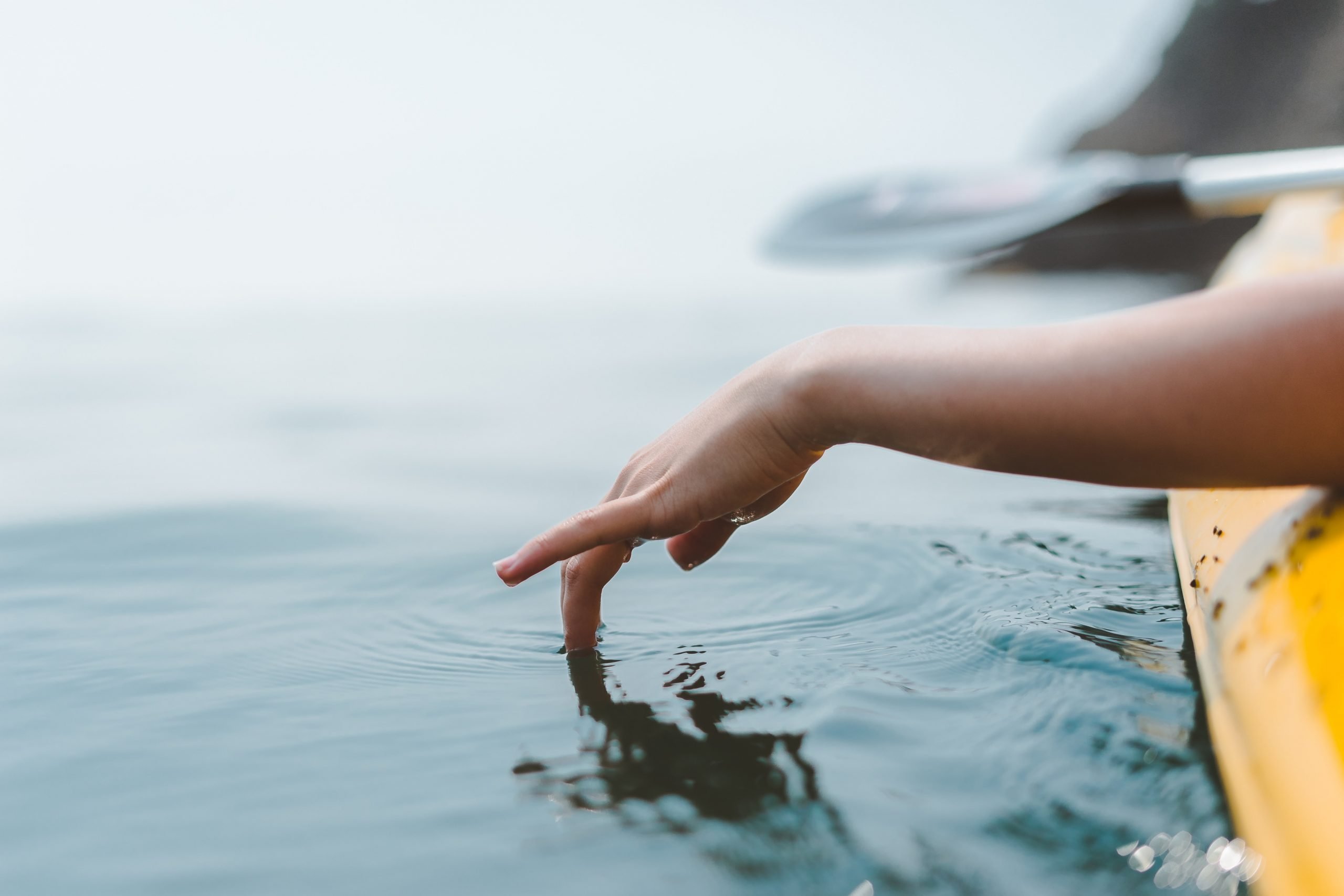 Use The Five Senses and Bring Your Characters to Life

A few years ago, I happened to see Gene Hackman on Inside the Actor’s Studio, and in listening to him, I was struck by the parallels between actors “getting into character” and writers “creating characters.”

Hackman talked about “effective memory,” a technique often used by Method actors. To evoke the emotion of a particular character, he takes himself back to a specific time/day/situation in his own life. He gets in touch with what he saw, heard, smelled, touched, and tasted, enabling him to inhabit his character fully.

What better way to access a character than through the senses!

Why does using the senses make your writing come alive?

In his book, The Art of Fiction, John Gardner tells us that Fiction does its work by creating a dream in the reader’s mind, and it is through this dream the reader connects with the character. To be powerful, Gardner maintains that the dream must be vivid, which is best achieved by using as many concrete details as possible, details that appeal to the senses.

In the book, The Elements of Style, William Strunk Jr. advises that “the surest way to arouse and hold the reader’s attention is by being specific, definite and concrete.”

Janet Burroway elaborates on this advice in her book, Writing Fiction, explaining that “a detail is definite and concrete when it appeals to the senses. It should be seen, heard, smelled, tasted, or touched.” Sensory detail allows the reader to feel the character’s existence.

Let me bring you to your senses.

There is no way to understand the world without first detecting it through our senses. As Diane Ackerman says in the introduction to her book, A Natural History of the Senses, “The senses don’t just make sense of life in bold or subtle acts of clarity, they tear reality apart into rich morsels and reassemble them into a meaningful pattern. The senses feed shards of information to the brain like microscopic pieces of a jigsaw puzzle. When enough pieces assemble, the brain says Cow. I see a cow. “

To make sense of the world around us in all its lush and intricate beauty, we must be conscious, and being conscious requires being in touch with our senses. How else are we to perceive this world? Most people think of the mind as being in our heads. Still, recent research in physiology shows that the mind doesn’t live in the brain but travels through the body, making sense of the compound wonders we catalog as touch, taste, smell, hearing, and vision.

You need to unplug to fully appreciate the world around you.

As human beings today, we are increasingly plugged-in—into our television, computer, tablet, cell phone, iPods, etc. To return to feeling the textures of life, we must unplug ourselves. In her book, Ackerman talks about Helen Keller, who lived in an unplugged era and relied on her senses to apprehend the world around her.

As you know, Helen Keller was blind, deaf, and mute, but her remaining senses were so finely tuned that when she put her hands on the radio to enjoy music, she could tell the difference between the horns and strings. She listened to stories of life on the Mississippi by putting her fingers on Mark Twain’s lips, and she wrote at length about the abundance of life’s aromas, tastes, touches, and feelings. She was, despite her handicaps, probably more alive than many people of her time, and indeed, I imagine, of ours as well.

Let me tell you a bit more about each sense and give you a chance to try them out.

Sight is perhaps the sense we use most in writing. One of the most notable aspects of the senses is how they span time. For humans, visual images can be a trigger for memories and emotions. A single photograph can take us back to a time in our lives, complete with history; political, universal, and personal. A captured gesture can remind us of love, loss, joy. See the beach, and you can remember the feel of the sand in your swimsuit and the smell of the salt air. Of course, anything can evoke a visual memory; a long-forgotten object, a location, an item of clothing, the expression on someone’s face; the possibilities are endless.

Writing prompt: Think of a character you’d like to explore. Imagine your character looking at a photograph, describe the picture as your character sees it, and follow the memories it evokes. Embrace your curiosity and be willing to go where your character takes you.

The sense of smell has the power to connect us intimately to the past in a way our ideas cannot. Regardless of how unexpected or fleeting, a scent can open the floodgates of memory. A whiff of Coppertone might bring you back to summers on Cape Cod: the grit of sand stuck in your swimming trunks; strawberry ice cream on your tongue; fireflies blinking in the tall grass; the drone of a foghorn in the night. A particular perfume might evoke memories of playing in your mother’s closet, slipping your tiny foot into her shoes.

Remember that your characters not only hear but also need to be heard. The sounds around us enhance how we experience our environment, and we need them to interpret, communicate with, and express the world in which we live. This landscape is filled with myriad sounds, many of them so familiar we tune them out.

Take a minute and sit with your eyes closed. If you take the time and sit quietly, you will eventually get beyond the familiar sounds of your landscape and begin to hear sounds you didn’t know were there.

Writing prompt: Think of a character you’d like to explore. Imagine your character doing a mundane task like ironing, making a bed, watering houseplants, etc. Now, have them suddenly become aware of a sound they’ve never been aware of before. Follow their feeling and actions. What does this tell you about your character?

What better way to get in touch with your character than by getting into his skin? Imagine all the types of discomfort and irritation; all the textures of suck, slap, caress, rub; all the scratching, tingling, kissing, and nudging a character might feel. This sense is often forgotten in writing, but it’s a powerful way to bring the reader into the moment.

Writing prompt: Think of a character you’d like to explore. Imagine your character in the process of getting dressed. What are all the tactile sensations they might process in this activity? Think of their body, clothing, shoes, jewelry, hair.

A food’s flavor includes its texture, smell, temperature, color, and at times, its level of painfulness (as in spices). We like foods that we can hear: the crunch of a carrot stick or potato chip, the sizzle of meat grilling, the rumble of a sauce boiling, the snap, crackle, pop of our breakfast cereal. Taste might be the least used sense in writing but think of all you can learn about your character through his taste buds.

Writing prompt: Think of a character you’d like to explore. Imagine your character at an open-air market or food hall, somewhere they are surrounded by food. See them wander, sample, touch, smell, and react to the foods around them. Then have them taste something and describe their experience and what it tells us about who they are.

I hope you found this helpful. Please leave your comments and questions in the box below.

10 Tips To Support Your Writing Practice

How to Use the Sense of Smell in Your Writing 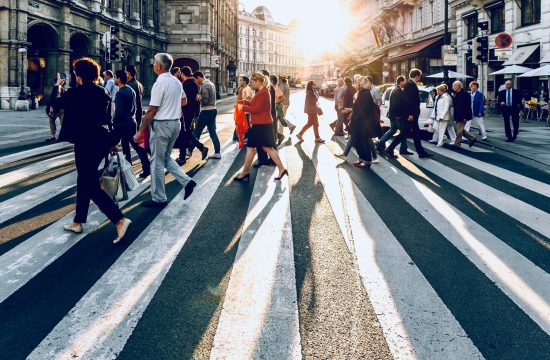 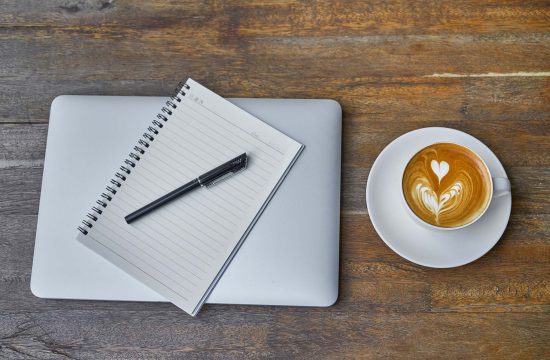 How to Organize and Prioritize Your Writing Ideas 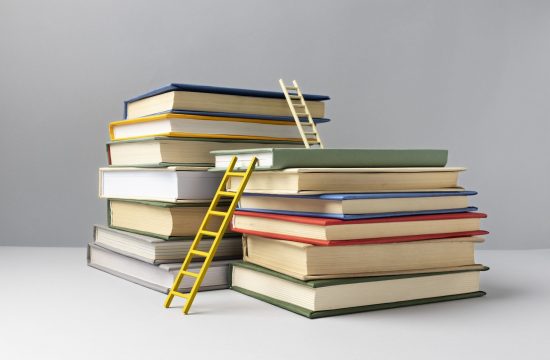 The 7 Best Books On Creative Writing